Tonight, I am enjoying an espresso shot dosed precisely to fit my latest double-walled glass: 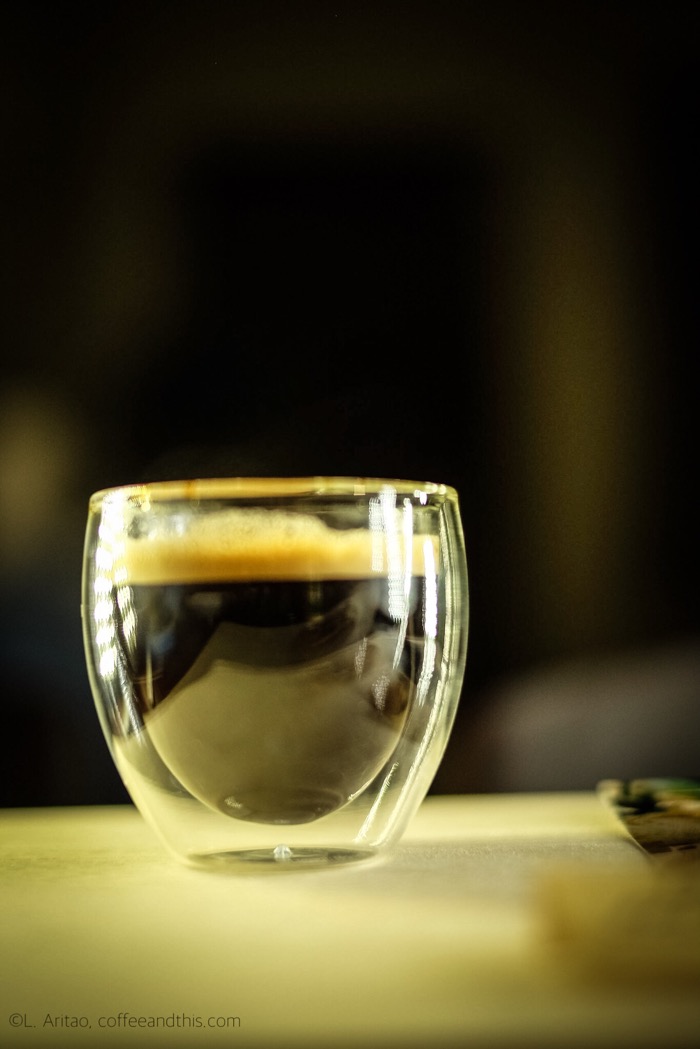 As I prepared it, I thought of how as a grateful coffee drinker, it helps to remember the many journeys coffee took through human history.

In fact, the closest proxy we have to coffee’s earliest adventures -absent major botanical and fossil discoveries to show us the plant  progenitor of coffee- is the history of the Yemeni and Ethiopian people. They are important because Ethiopia is credited with discovering coffee, while Yemen is known for propagating its cultivation and use.Here are some interesting facts:

The first recordings of coffee use come from the geographic locations of Yemen and Ethiopia. There are medical records documenting a physician’s use of coffee in Yemen, as well the use of coffee by Sufi monks to stay awake. And of course, there are the legends of its discovery mentioned above.

In sum, coffee first entered into a culture -or a mix of cultures -that seemed destined to connect coffee to the world (Despite later historic attempts of rulers to regulate coffee and even ban it. More on that next time). This is because those early cultures exemplified the power of humans to connect with one another across natural barriers, converting a strait of water into a bridge between kingdoms.

2 thoughts on “Coffee and The Gateway of Tears”